Whether you’re planning a memorable evening or simply want to see what’s happening in your neighborhood, there are plenty of things to do around DC. Be sure to check out these fall events. The Washington National Opera will perform Mozart’s classic Don Giovanni from September 20 to October 13 at The Kennedy Center, just moments from West End. Anna Bolena starring Sondra Radvanovsky will also be performed September 15 through October 6. These amazing operas are not to be missed – make sure to order your tickets before it’s too late.

The Millenium Stage at The Kennedy Center features free performances every evening. Jazz lovers should be happy to note that DC saxophonist, Brian Settles, will be playing September 28. He is known for his lively avant garde and bop performances.

Only ten minutes away from wonderful Capitol Hill condominiums, The National Gallery of Art offers free, live music at 6:30 every Sunday. Past performances have included choral and opera recitals.  Be sure to arrive early to get a good seat.

In the heart of Logan Circle, The Studio Theatre will present The Invisible Man through September until October 14. Based on the novel by Ralph Ellison, this stunning performance examines the life of an unnamed African-American man, who struggles with his identity in the face of racism. Tickets are available now.

Cirque du Soleil will perform the show Totem through the end of September at The National Harbor, just a few minutes from Alexandria. It’s been two years since Cirque du Soleil has performed in DC – you won’t want to miss it.

The National Gallery of Art will be holding several new exhibitions in late September.
•     Shock of the News examines the relationship between printed media and artists of the twentieth and twenty-first century. Starting September 23, this exhibition will be displayed in the National Gallery’s East Mezzanine building.
•    Imperial Ausburg: Renaissance Prints and Drawings portrays the work of fifteenth and sixteenth century Ausburg artists like Jorg Breu and Hans Burgkmair. It starts September 30 in the West Building Ground floor.
•    The Serial Portrait: Photography and Identity in the Last One Hundred Years depicts the compilations of photographers, who photographed the same subject over several days and even years. Running September 30 until the end of the year, this exhibition will take place in the West Building.
About fifteen minutes from Water Street, The National Building Museum has two upcoming exhibitions set to open September 30.
•    Detroit is No Dry Bones and Detroit Disassembled both use photographs to examine population decline and dilapidation within the city. 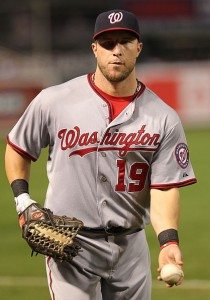 About fifteen minutes from Alta Vista penthouses, The Wolf Trap Center’s 15th Annual Invitation Golf Tournament starts October 15 from 9:30 a.m. to 4:30 p.m. on the Robert Trent Jones, Jr. Course. Breakfast, lunch and dinner will be served and a silent auction will take place in the morning. All proceeds go toward Wolf Trap’s arts and education programs.

Sunset Yoga is free every Tuesday and Thursday at the National Harbor. If you’re looking for a way to unwind — with a gorgeous view — this is it.

Other Local Events Coming Up This Fall: