This summer has a fantastic line up of performances and art exhibits. See what’s happening near your Washington, DC neighborhood! 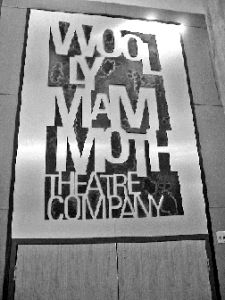 The Second City is coming to The Woolly Mammoth Theatre, less than half a mile from Mather Studios on July 9 with a presentation of America All Better!! The play takes a satirical look at modern issues facing America, from politics and online dating to the economy and time travel.

The National Symphony Orchestra will perform at the Kennedy Center, close to The Watergate,  from June 20 to June 22 along with classical pianist Jean-Yves Thibaudet. Krysztof Urbanski will conduct the performances featuring the music of Macmillan and Saint-Saens.

The National Harbor, about five miles from The Oronco will have Bolivian music every Tuesdays and Thursdays throughout the summer from 6 p.m. to 9 p.m.

The National Gallery of Art near Chinatown will have the exhibit In the Tower: Kerry James Marshall starting June 28. Marshall has been recognized for his work, which details the black experience in America.

The Hirshhorn Museum will have the exhibit Peter Coffin: Here and There starting June 29. Coffin has had an eclectic array of work in a variety of mediums that include sculptures, photography and sound art.

See a list of upcoming home games for the Washington Nationals: