Here’s a list of several things to do this month in the Washington, DC area. Find out if an event is happening near your DC condo. 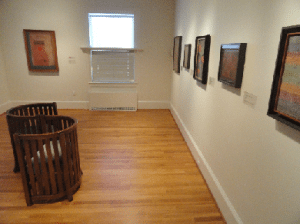 The American Art Museum, located around the corner from the Residences at Gallery Place, will have the exhibition Landscapes in Passing on July 26. This photographic exhibition details the gradual – and sudden – changes within the American landscape, featuring photography from Robbert Flick, Steve Fitch and Elaine Mayes.

The Air and Space Museum, about a mile from Mather Studios, will feature the exhibition High Art: A Decade of Collecting on July 26. Fifty works of art feature portraits of astronauts, conceptual work and landscapes of outer space, all of which have been collected by the museum over the past ten years.

The Smithsonian Castle, near Foggy Bottom, will have the exhibit Souvenir Nation on August 9. It focuses on the American preservation movement and the significance of souvenirs, including those that have been saved in the years of America’s founding.

The Wolf Trap Center’s Filene Center, about twelve miles from Arlington, will hold a performance of Tchaikovsky’s 1812 Overture by the National Symphony Orchestra on July 26 at 8:15 p.m. NSO will also perform Rachmaninoff’s Concerto for Piano and Orchestra No. 2, along with other Tchaikovsky favorites from Swan Lake, The Nutcracker and Sleeping Beauty.

Close to West End home buyers, the Shakespeare Theatre Company will feature The Audience starting July 22. Starring Helen Mirren as Queen Elizabeth II, The Audience examines the political relationship Elizabeth II had with twelve of the prime ministers over the course of her reign.

Catch A Ball Game This Month

Here’s the schedule for the Washington Nationals upcoming home games.

THREE FREE THINGS TO DO