Want to know about upcoming shows and exhibitions in the DC area? Read on to find out what’s happening near your neighborhood. 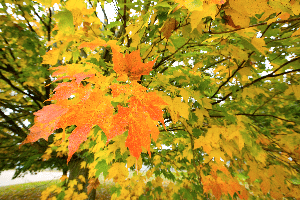 The Woolly Mammoth Theater will feature the play Appropriate starting November 4. Written by Branden Jacobs-Jenkins, Appropriate examines a family’s dark secret after the death of their patriarch.

The Studio Theatre in Logan Circle will feature The Night Watcher starting October 23. Charlayne Woodard performs in ten vignettes that highlight her role as a non-parental guide.

Othello is coming to the Shakespeare Theatre, just minutes away from the Residences at Gallery Place. Adrian Lester will play the title role. It starts October 21 at 7:30 p.m.

If/Then is coming to The National Theatre on November 5. This musical, featuring Idina Menzel of Wicked, takes place in Manhattan and examines the nature of love and relationships.

The 16th Annual Wolf Trap Golf Tournament is happening on October 21 at 9:30 p.m. Golfers will be able to enjoy a breakfast, lunch as well as a silent auction. The 19th Hole Awards Ceremony will provide golfers with dinner and entertainment. Donations to the auction go toward Wolf Trap’s arts and educational programs.

Once the government shutdown ends, you can view the following exhibitions in the Smithsonian Museums.

The Hirshhorn Museum will feature the exhibit Art and Destruction since 1950 starting October 24. View sculptures, paintings, photographs and other works of art that examine our culture’s mindset after World War II.

The American History Museum, about a mile from Chinatown, will present The Birth of Biotech on October 24. The exhibition chronicles the history of biotech in America, examining how diabetes was historically treated and how that changed with the advent of recombinant human insulin.

The American Art Museum will present Our America: The Latino Presence in American Art starting October 25. View artistic movements and the works of Latino artists from the 1950s to the present.

Three Free Things To Do Around Washington, DC